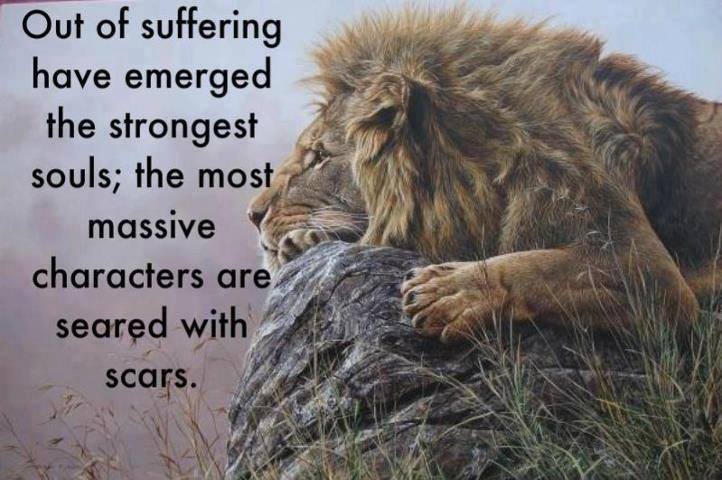 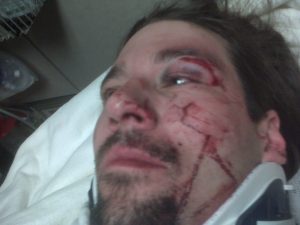 The above picture was taken in the emergency room after the first of two Traumatic Brain Injuries (TBI) in 2010.  The second brain injury occurred eight months later, and was a consequence of being in a perpetual state of fogginess/haziness as a result of the first TBI.

In 2013 over 2.7 million people experienced non-fatal Traumatic Brain Injuries (TBI) in the United States (Taylor, Bell, Breiding, & Xu, 2017).  Taken together with a ten-year average (2007-2016) of about 27,000 military personnel who experience TBI annually (Defense and Veterans Brain Injury Center, 2017), and in any given year about 2.8 million people are forced to adjust to varying degrees of life changing consequences that result from a traumatic brain injury.

Over the last decade, societal awareness of the effects of brain injury has increased significantly due to the issue of concussions often dominating the National Football League headlines.  Specifically, the focus has been on the link between Chronic Traumatic Encephalopathy (CTE) and playing football.  Some of the symptoms that have been linked to CTE include memory loss, confusion, progressive dementia, depression, suicidal behavior, personality changes, and abnormal gait and tremor (DeKosky, Blennow, Ikonomovic, & Gandy, 2013).

In 2010, I experienced two Traumatic Brain Injuries within an eight-month span.  These injuries occurred in addition to multiple diagnosed concussions, as well as an unascertainable amount of undiagnosed concussions that occurred over the course of playing eleven years of football through college.   As a result, I continually experience many of the symptoms listed above, and even attribute the second TBI of 2010 to the constant fogginess/haziness that resulted from the first TBI of that year.  For decades, exercise has been an integral part of my life.  But after multiple brain injuries, it became especially important in combating the symptoms of TBI.  What eventually became apparent was that before exercising there were feelings of fogginess/haziness, mental sluggishness, slow thinking, lack of sharpness, memory issues, and, at times, emotional instability.  But after exercising, the experience was one of feeling considerably more lucid, quick thinking, and possessing better working memory and more emotional stability.  After a while, this repeated experience eventually led to exercise being understood and described in terms of producing a “Mental Lubrication” phenomenon, and it became an indispensable component of the post-TBI rehabilitative and maintenance processes.

In the fall of 2017, I was in graduate school, and taking what was essentially a dry run or a practice class (“Research and Design”) for the eventual thesis class.  In order to further understand and promote my experiences, my chosen topic was the mitigating effects of exercise on TBI symptoms.  In order to conduct the study, I needed to find a “population” (a group) of Traumatic Brain Injury survivors to study. After years of living in isolation and dealing with TBI-induced social anxiety (even my grad school program was online), it was extremely triggering to have to engage people and ask them for “something” (participation in the study).  This anxiety-inducing process was made increasingly more difficult when I shunned and “blocked” by online TBI support groups.  This experience did nothing to alleviate my anxiety or my sense of isolation because it reinforced the fact that even when I finally found the courage to contact a community that I identified with, they still wanted nothing to do with me.

Eventually, out of desperation, I found the courage to attend TBI support group meetings.  This not only required hours of driving, but was so terrifying that I literally was shaking during the first several meetings because the thought of having to tell my story and share everything I had been through created so much anxiety.  Eventually, I acclimated, found a sense of community, and met some amazing people and heard many amazing stories.  This experience was incredibly inspiring, as well as affirming.   It was really interesting to read about so many common themes, and to learn about so many similar experiences……to hear of similar struggles…..and even to see the collective embracing of similar concepts (“invisible injury”)…….all of which I mostly had to experience, manage, or conceptualize while essentially living in isolation because as anyone who has experienced TBI may know and have experienced, Traumatic Brain Injury not only has a way of isolating you even when surrounded by supportive and loving friends and family, but it often leads to literal isolation as relationships deteriorate due to lack of understanding, exhaustion, judgments, and unmet expectations that, in many cases, were created by who we were, and what we were capable of prior to the life changing experiences associated with Traumatic Brain Injury.

My journey has been long, difficult, and, for much of the time, a dark psychological road.  The first 3+ years were extremely challenging, and at times surreal due to some of the paths taken, the choices made, and the events experienced.  And then life got considerably worse.  My  experience has been one of constant struggle, seemingly unending adversity, quite a bit of functional diminishment in certain areas, and many unexpected twists and turns.  But surprisingly, in some areas I’ve also had the very strange experience of functioning at a higher level after two Traumatic Brain Injuries, than I did prior to the Traumatic Brain Injuries.  I have many theories on how and why this might have occurred, and my obsession to understand and make sense of the Traumatic Brain Injury experience has led me down this path, which ultimately led me here.